What are differential and incremental backups?

Many times you've heard about backups, and each time you hear or read about backup, it merely refers to the act of saving important files, document, or data in alternative storage so that you can get back to get the document, file, or data when the primary/standard storage where it was saved gets damaged or corrupted.

Well, that’s literally what “backup” means. However, there are different types of backups, mainly “Differential Backup” and “Incremental Backup.” These types of backups come in handy when you deal with big data; thus, you need to know more about them.

What is a differential backup?

Simply put, differential backup is a type of backup where all changes made after a full backup are saved cumulatively until the next full backup. Here, "full backup" refers to the general backup, which is usually done after a while (weekly, monthly, yearly).

Here’s a practical example that explains how differential backup works. 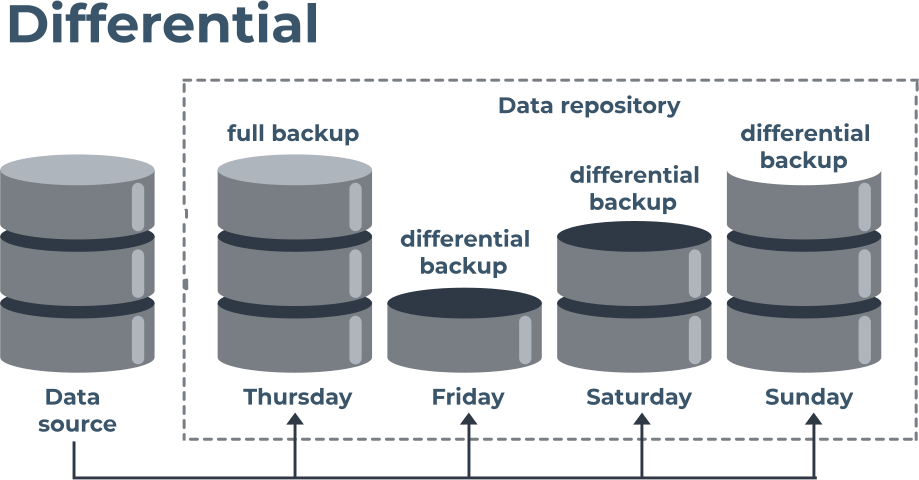 What is an incremental backup?

How you can recover deleted partitions

It happens to almost every human, people can make mistakes that could result in data loss; it could be accidental deletion or a careless act that exposes the system to malware attack, which in turn corrupts some important files on the system. Regardless, if you notice that some of your files are missing, or an entire partition is missing on your computer, DiskInternals Partition Recovery can help to get back those lost files and partitions.

DiskInternals Partition Recovery is a professional data recovery solution for Windows PC users. It comes with a built-in Wizard and supports various file systems and file formats. The software has an interface that is very easy to understand and it allows previewing of files before actual recovery.