Screenshot recovery: how to return deleted or lost screenshots

Where is print screen saved?

Here, we will try to figure out where you can find saved screenshots taken in Windows, Android, iPhone, or iPad. Everything in order!

Clipboard. A screenshot of the entire screen taken with the keyboard will be stored in the clipboard. This is the easiest, as you can use the insert command to get it into a Windows application for further processing. Keep in mind that closing the clipboard or taking another screenshot may erase an existing screenshot.

The Screenshots folder n your image library. Screenshots are transferred to this storage location by pressing Windows + PrtScn on the keyboard).

The Captures folder. Screenshots come here if you take them through the game panel to create screenshots in Windows 10 or the Windows + Alt + PrtScn keyboard shortcut.

Application Snipping Tool (available in all versions of Windows OS) or the Snip & Sketch (available only in Windows 10). Then, by default, the "Pictures" folder is offered.

2. Android stores the screenshots as image files in the Pictures / Screenshot (or DCIM / Screenshot) folder. This folder can be found in the Photos application in the Albums folder.

3. iPhone or iPad also stores screenshots as image files in the Photos app. In the "Camera Roll" album, you can find screenshots along with pictures taken with the camera. You can also open a separate album called "Screenshots" and, in this case, view only the pictures.

Can screenshots be recovered? 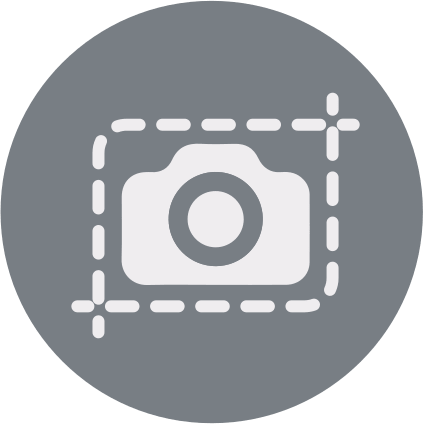 If the pictures were in the clipboard and you did not save them in time, then such screenshots cannot be restored. In all other cases (accidental deletion, file damage by a virus, malware, system failure, etc.), you can return the snapshots. To do this, you need to choose an adequate third-party application and retrieve the screenshot as soon as possible.

How to recover deleted screenshots?

It will be even easier to recover lost photos (despite the simplified interface of the application) if you use the built-in wizard of DiskInternals Uneraser™.

To ensure that your images can be recovered and that the recovery quality is truly the best, you can use the trial version of DiskInternals Uneraser™. It is completely free, and you can view all the files found in real-time for free and then think about the possibility of purchasing a license to export data.

You can always use technical support from the company's specialists, so if you have any questions - feel free to contact us! You will have this opportunity for 12 months after purchasing a license!