How to create a Virtual Machine 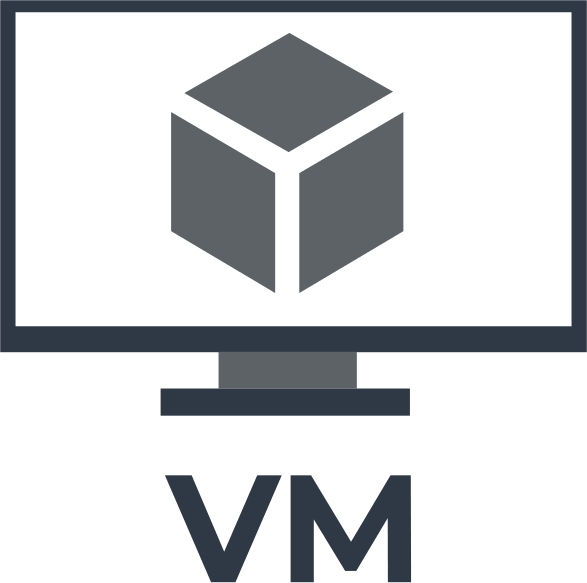 Virtual machines are widely used not only in corporate environments, but also for their purposes. Environment virtualization allows you to run multiple isolated operating systems of different types on the same hardware platform. This reduces the costs associated with purchasing and maintaining additional equipment. Each OS can run and use its set of applications that do not interfere with each other, so the “neighbors” will remain intact if a failure. However, this technology is also exposed to threats, including the loss or problems with access to critical virtual data.

What is a virtual machine?

The virtual hardware on which the guest OS is running is managed by a hypervisor, which allocates physical resources to each of the systems without interrupting each other.

The most common hypervisors (there are both free and licensed versions) on the market today include:

Microsoft Hyper-V is an advanced software virtualization option that ships with Windows Server 2008, Windows 8 and is used mainly in a server environment, often to create private clouds.

There are some good virtual solutions out there today:

Oracle VM VirtualBox is an open-source virtualization software. It supports a wide range of guest operating systems (Windows, Linux, BSD), and also provides the ability to create multiple virtual machines for simultaneous use.

Xen is an open-source Citrix virtualization software for large ISPs or server hosting.

Virtual disks are special files that store the operating system and applications and are presented to the guest OS like a normal physical hard disk. Such a file can be stored on a remote computer, on a host machine, or be part of a virtual machine, or mounted in the OS of a physical computer. A virtual disk usually differs in file extension:

To start, type "PowerShell" in the search bar, right-click on the PowerShell result, and select "Run as administrator".

Next, start typing commands in PowerShell:

After entering the last command, check Hyper-V Manager. You should see the newly created virtual machine turned off and then you can continue with the setup process.

First, in the search box, enter "Hyper-V Manager" and open Hyper-V Manager, then select the "Actions" section and click "Create a virtual machine".

If this is your first time doing this, you can open the “Before You Begin” section for basic guidelines for use.

This is followed by setting up the virtual hard disk; you can also use an existing VHD or skip this step and connect the VHD later.

In the Summary section, you will see a short description of your new virtual machine, and then, you can click Finish.

Possible difficulties and ways to overcome them

Along with the many advantages of virtualizing the environment (lower hardware costs, software isolation, mobility and more efficient IT operations, etc.), there are certain disadvantages:

The exchange of information between the host OS and the guest OS is as follows: both OS are started and virtual network transport is used. Usually, there is a transport wrapper for the guest OS that allows you to exchange files using a simple drag and drop procedure. This process can take a long time, and in some situations it may be simply impossible, for example:

How to recover information with VMFS Recovery

DiskInternals VMFS Recovery has been in use for many years and automatically checks the current state of volumes, VMware VMFS datastores and disks, and reads images on ESXi / ESX servers, VMware vSphere and VMFS fabrics where possible. Lost information is recovered online without shutting down the system, which is very useful and convenient. In addition, you will receive a Preview of the found data, which is necessary for testing the program and checking the integrity of the data. If you are satisfied with the result, purchase a license and then simply export the data to the desired storage location. The recovery wizard will guide you through all the steps of the process, so there is no cause for concern if you are an inexperienced user!